An obsessive collector at heart, designer and horticulturalist Libby Kerr combines her expert creative eye and love of native plants to take pressing flowers to a whole new level… Part of the wall of 200 different native specimens pressed and framed for an installation at a Melbourne floral studio. Image courtesy: The Grace Tales.

“One of my earliest childhood memories is picking wildflowers with my sister Penny, at our family farm in the Yarra Valley,” recalls Kerr.

“I remember walking with her through a sea of Pink Heath amongst the Stringybark forest. My first pressings were of Maidenhair Fern and Love Creeper slipped into an old phone book.”

It seems the designer has always been a collector – mostly found objects from nature – wildflowers, seaweeds, sea sponge, shells and bones; as well as books, old maps and anything to do with the natural history of Australia. It’s a passion that’s clearly influenced her working life:

“One of my favourite books is the plant guide Wild Flowers of Australia by Thistle Y. Harris printed in 1938. It includes the most beautiful and inspiring botanical illustrations by the artist Adam Forster.” 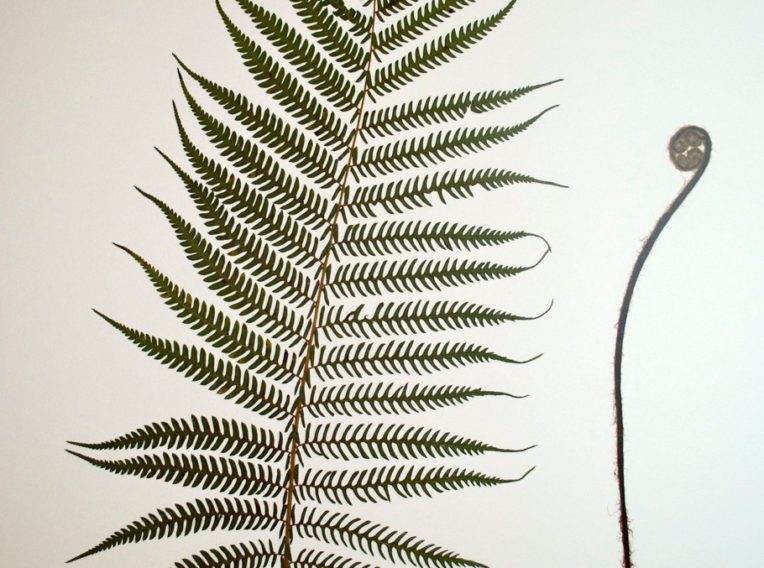 “People often ask if the specimens fade with time. Yes they do a bit, but I think that adds to their beauty…”

In her twenties Kerr turned her passion for the natural world into study with a short course in Botanical Illustration at Burnley Horticultural College which she followed with an Advanced Certificate of Horticulture. She then worked in nurseries while setting up a practice in garden design and finally on to Royal Melbourne Institute Technology (RMIT) where she furthered her studies with a Bachelor of Landscape Architecture.

“It was when my first baby, Teddy, arrived that I really started collecting and pressing flowers. During our long walks we would gather exotics and natives, pressing them in phone books and old flower presses found in op shops. I then glued little specimens onto cards,” she says.

In 2014 Kerr volunteered at the National Herbarium in Melbourne where she was immersed in learning about the preservation and cataloging of botanical specimens. My role was to annotate the grass genus Austrodanthonia, which had been reclassified to Rytidosperma. “I came into contact with magnificent specimens dating back to the 1850s, when Ferdinand von Mueller set up the Melbourne Herbarium. After all 3,500 specimens were updated they were sent back to the freezer for debugging.”

This immersion in cataloging and focus on specimens inspired further creative outputs for Kerr, who now mainly works on commission for projects large and small, residential and retail. One of her large scale pressed installations can be seen at the studio of Melbourne florist Fleur McHarg. McHarg commissioned Kerr to do an Australian wildflower wall for her Armadale studio and Kerr created a striking collection of 200 Australian botanical specimens. “It is always great working with Fleur. She takes things to the next dimension.”

It’s amongst several commissions Kerr has undertaken to showcase natives – from people’s own gardens or from foraging herself. She particularly adores sourcing indigenous plants from untouched areas.

“Heaven to me is being in a pristine Banksia forest, one that is untouched and intact, where the birdlife are happy…” Although Kerr doesn’t always exclusively work with natives, they are often easier to press than exotics because they hold less moisture. “People often ask if the specimens fade with time. Yes they do a bit, but I think that adds to their beauty.”

“Natives are the foundation of a healthy landscape, and support all fauna, particularly bird and insect life. I love their non-uniform, wild and gnarly shapes. I also love their muted colours, so often a response to their harsh environment,” she says.

Naturally Kerr’s own collection of dried specimens has evolved into something impressive over time. She’s amassed hundreds of specimens from all over Australia including seaweeds and sea sponges collected from Tasmanian and Victorian beaches, and she propagates seeds collected on travels which she usually gives to friends.

“My kitchen has a wildflower wall from a trip to Broken Hill and Tibooburra. It’s an everyday reminder of the toughness and diversity of desert plants.” 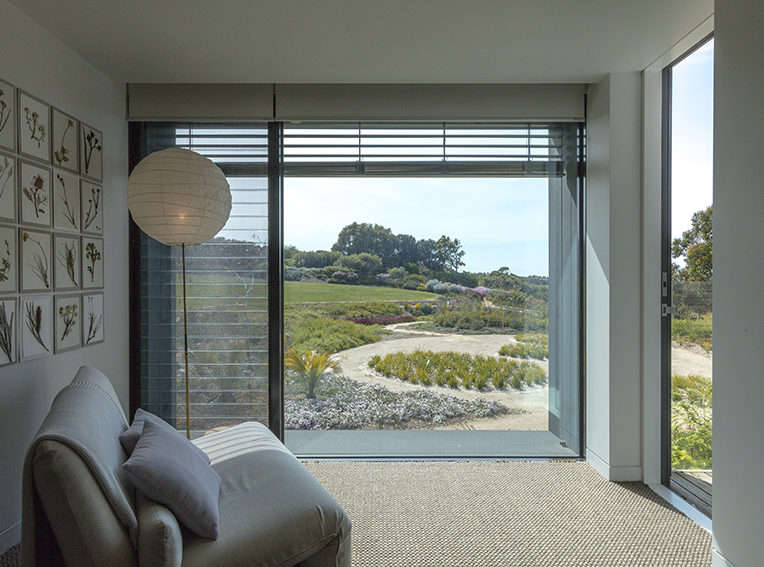 A private commission, where Kerr created a wall of 150 pressings foraged from the owner’s native garden. 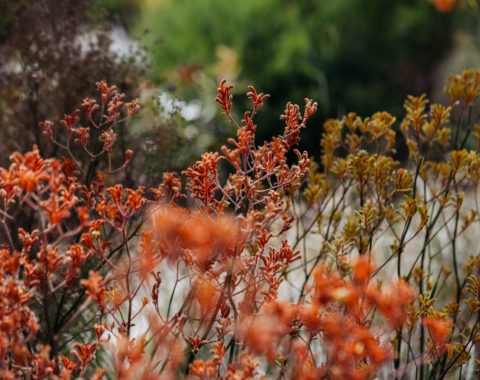 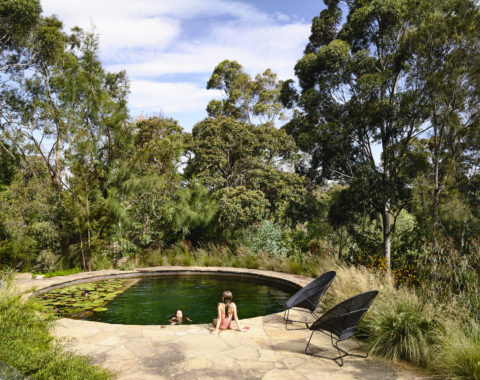