All strappy leaf, statuesque stem and furry flowers, kangaroo paws have flourished in old, impoverished south west Western Australian soils for tens of millions of years but in recent times this dramatic perennial has been spreading its wings. Megan Backhouse explores this endearing favourite native… 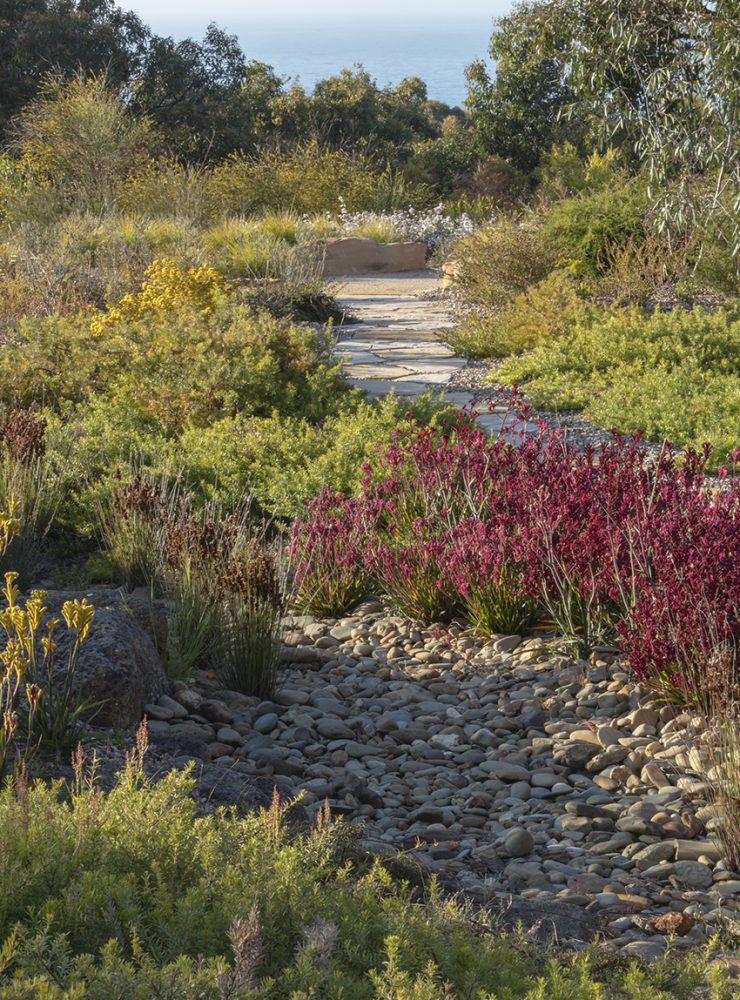 Gardeners far and wide have been scattering them in naturalistic drifts, dotting them amid tightly clipped shrubs and growing them for cut flowers. They can be seen in pots and on roofs; in tight city courtyards and loose country spreads. Kangaroo Paws do all the things we like to see in our landscapes today – they blow in the breeze, lend height, flower for ages.

But it wasn’t always like this. While 1800s planthunters were fascinated by these perennials with flowers that resemble the feet of the kangaroo (and promptly took them back to Europe where they were handled with kid-gloves in greenhouses), Anigozanthos hasn’t always been a common garden plant. 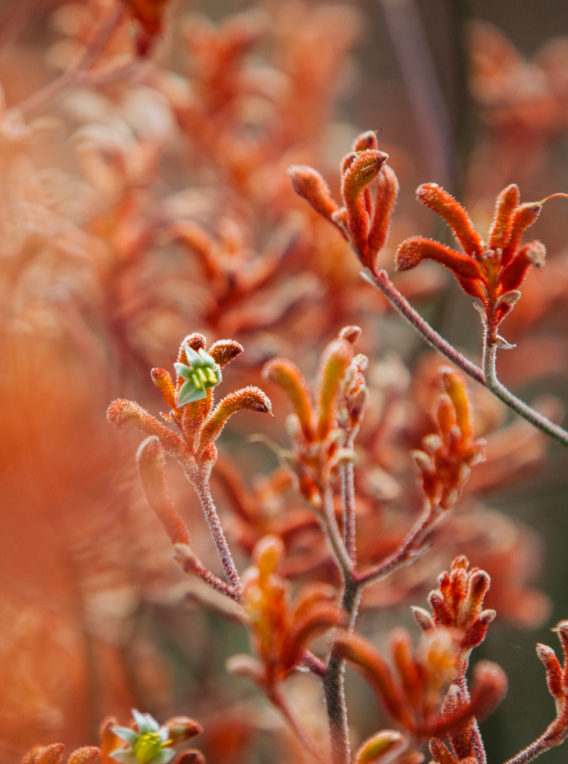 Kangaroo Paws do all the things we like to see in our landscapes today – they blow in the breeze, lend height, flower for ages… 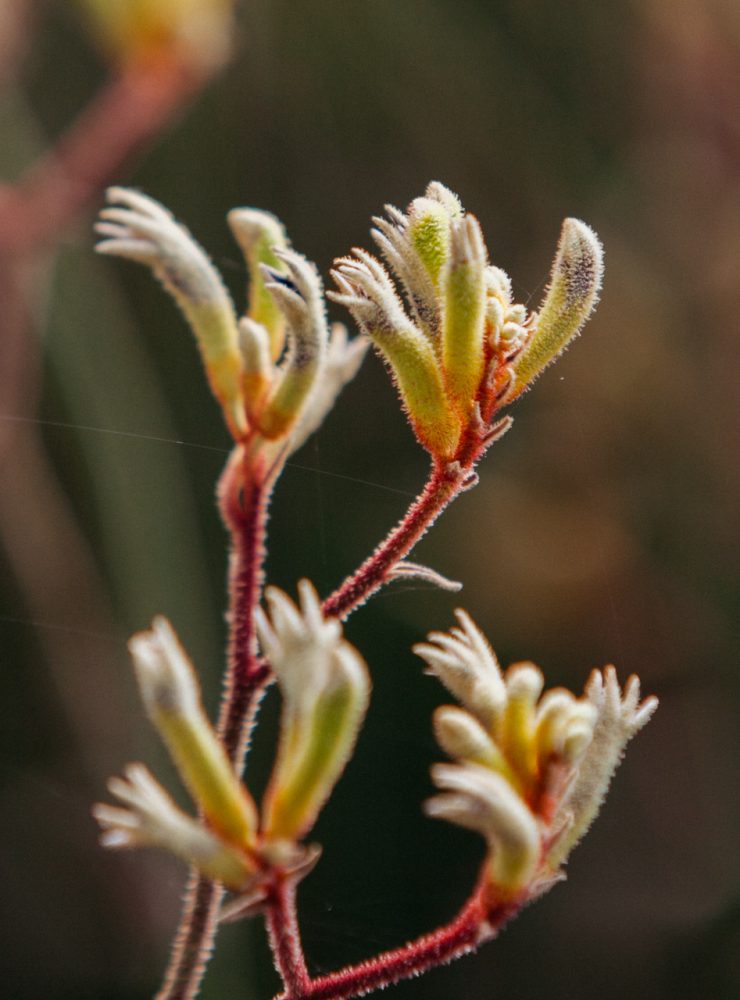 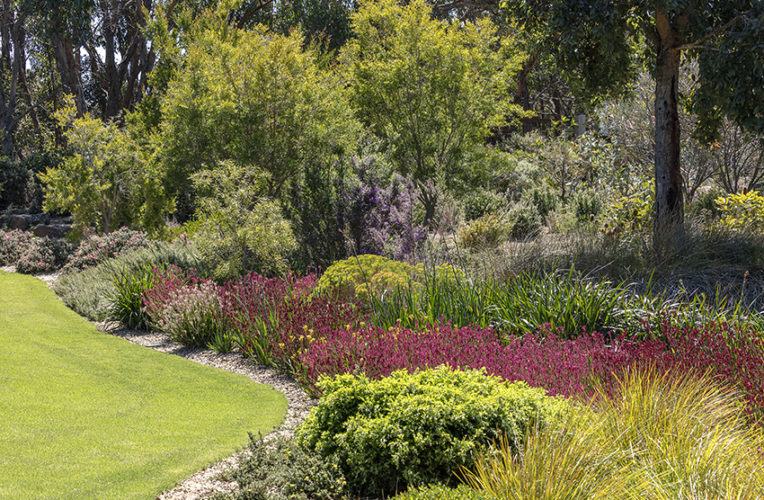 Breeding kangaroo paws only took off in the 1960s, reaching a fever pitch in recent decades with the release of a string of hardy hybrids. With 12 paw species identified in the wild, much of the hybridization has been about creating more robust, disease-resistant cultivars that can handle a broader range of climatic conditions and produce a wider array of colors across a variety of flowering heights.

The tallest Kangaroo Paws hybrids – those with flowering stems up to two metres high – are the longest living and most easy-care, while smaller cultivars tend to last only a few years.

Pioneering Kangaroo Paw breeder Keith Oliver has said that when he started breeding the plant, a member of the bloodwort, Haemodoraceae, family, in the 1960s he realized immediately that the towering Anigozanthus flavidus was “the one to go for”.

A. flavidus might not have particularly showy blooms (they are typically pale green-yellow) but when crossed with other Anigozanthos species you can amplify the effects. Cross it with A. rufus, say, and breeders have produced plants with red, burgundy or orange flowers. Partnering it with A. pulcherrimus has turned out plants with yellow, orange and red-and-yellow ones, while crossing it with and A. humilis has resulted in shorter cultivars suitable for pots. Crossing different forms of A. flavidus alone has made for some particularly vivid colours and tall forms. 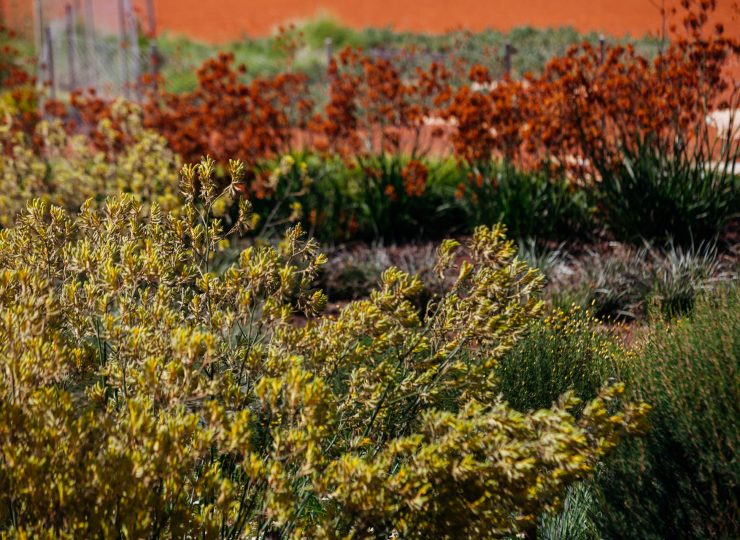 No matter the temperature, kangaroo paws like good drainage and full sun. One of the most common problems for gardeners is the fungal diseases that can strike, including leaf rust and ink spot. The best way to deal with these outbreaks is to strictly limit the amount of time the plants leaves are wet as a result of irrigation. Snails and slugs can also present problems, as can hail and poor drainage. Heavy frosts will often kill them.

While they hail from infertile soils in the wild, Kangaroo Paws, which grow from an underground rhizome, like to be fed in the garden and most are not sensitive to phosphorous. Taller Kangaroo Paws respond well to being cut back to ground level, especially when there is dead or blackened foliage. You need to be more selective when cutting back the smaller hybrids, some of which can flower all year – it’s best to remove the spent flowers and old leaves one by one.

The standard treatment for germinating Kangaroo Paw seeds at Kings Park and Botanic Garden in Perth is to age them in paper bags at room temperature for a minimum of eight weeks, put them in a 100°C oven for one to three hours, soak them in smoke water for 24 hours, sow them for two weeks at 15°C and then bring them into a 25°C glasshouse.

Division is easier in the home garden with established clumps best divided in autumn. Alternatively, nurseries stock an array of new hybrids. 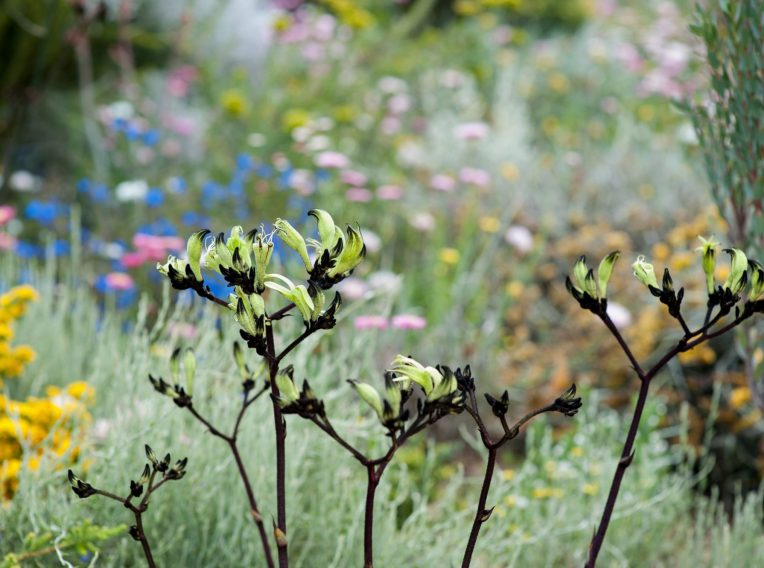 Megan Backhouse has a Masters of Urban Horticulture and writes the weekly gardening page for The Age. She has been a journalist for 30 years and is an avid home gardener. 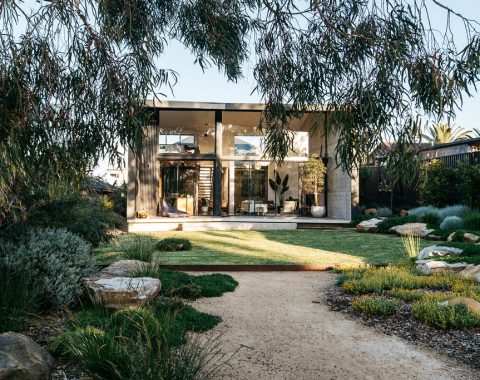 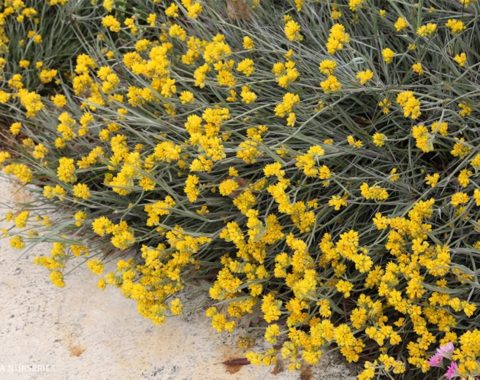